German programmer Stefan Thomas, who lives in San Francisco, lost a note with a password from a hard drive that stored more than seven thousand bitcoins. Their current value is over $ 220 million.

This was reported by The New York Times.

The programmer lost the note a few years ago. The IronKey hard drive gives users 10 attempts before it encrypts its contents forever. Thomas had already tried to enter the password eight times, but all his attempts were unsuccessful.

The programmer received cryptocurrency in 2011 while living in Switzerland. He was given 7,002 bitcoins as a reward for creating an animated video "What is bitcoin?", Which was to introduce people to this technology. In the same year, he lost the digital keys to his wallet with bitcoins.

The programmer complains that the situation calls into question the concept of bitcoin as a "bank for itself." "The reason banks exist is that we don’t want to deal with everything that banks do," Thomas complained.

According to Chainalysis, of the existing 18.5 million bitcoins, about 20%, which are now worth about $ 140 billion, are lost or somehow stuck in wallets. Wallet Recovery Services, which helps find lost digital keys, said it receives 70 requests each day from people asking to regain access to their cryptocurrency.

The programmer said that he put the hard drive in a safe place in case "cryptographers come up with new ways to crack complex passwords." According to him, when he keeps the hard drive as far away as possible, it helps the programmer not to think about the problem. Bitcoin Circuit: A Path To Luxury Starts On This Platform
Updated September 21, 2021 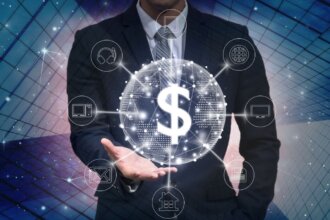 Bitcoin Code Platform Review — How It Can Bring You Big Money
Updated September 21, 2021
Best Of The Month